My journey to Italy through Libya’s dangerous desert, Mediterranean sea

by admin
in Libya 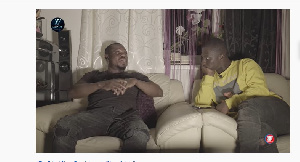 A Germany-based Ghanaian only known as Bra Ben has recounted his horrifying experience travelling as an illegal migrant to Italy.

As a young man, who wanted greener pastures in the United States of America, he opted to rather…

Unrest in Kazakhstan and Libya Shoots up Oil Prices

Ministry of Economy convenes meeting on food and drug security

Spotcovery, Which Serves as a Bridge Between African Americans and Africans, has Launched Optimization Tool on Site